Hurst is a city in Tarrant County, Texas, United States. It is considered suburb of Fort Worthand is part of the Mid-Cities. The city was founded by William Letchworth Hurst. As of the 2010 census, it had a population of 37,337
Places in Hurst include North East Mall, an upscale mall owned by Indianapolis-based Simon Property Group, Rave Motion Pictures, which is the major attraction of the city, and Chisholm Park.
The city features two city run water parks, an athletic center, and a wide variety of restaurants.

Eulessis a city in Tarrant County, Texas, United States, and a suburb of Fort Worth. Euless is part of the Mid-Cities between Dallas and Fort Worth. The population was 51,277 at the 2010 census.[5]
The southwestern portion of Dallas/Fort Worth International Airport is inside the city limits of Euless.
As of the census[3] of 2000, there were 46,005 people, 19,218 households, and 11,626 families residing in the city. The population density was 2,828.3 people per square mile (1,091.7/km²). 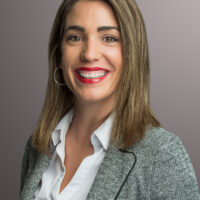